College Enrollment Is Down. Here’s What Colleges Are Doing to Woo Students. 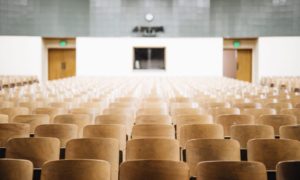 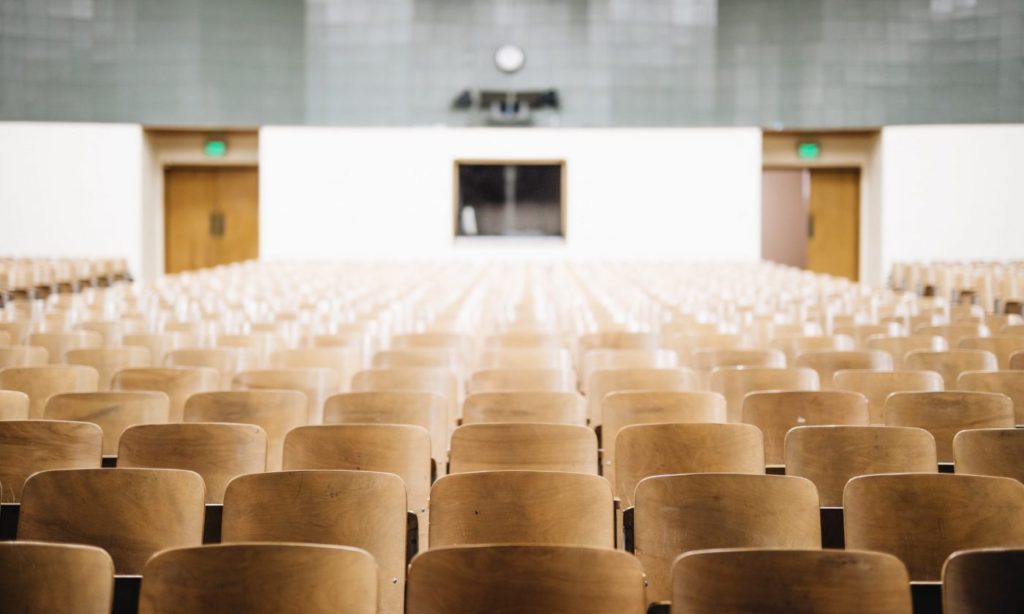 There’s a college enrollment crisis and higher-ed officials are bringing in LeBron and glamming up their campuses to fix it.

College enrollment numbers have been declining since they peaked in 2011, and the latest figures show a continuation of that trend. The number of enrolled college students slipped 1.3% in fall 2019 compared with a year earlier, representing a loss of 231,000 students, according to a survey released by the National Student Clearinghouse Research Center, a nonprofit educational research group. That drop — to 17.9 million students — marks the first time in a decade that the number of college students slipped below 18 million.

Perhaps more surprising than another enrollment drop are the ways colleges and universities are trying to stop the free fall – everything from enlisting superstars in marketing campaigns to blinging out campuses with lighted lazy rivers and climbing walls.

They certainly have a complicated problem to solve. There are multiple factors causing the decline, and one of the biggest ones is outside their control: demographics.

The number of high school graduates is stagnating and expected to remain stagnant through 2023, according to the Western Interstate Commission for Higher Education. A decline in births that began in the United States in 2008 contributed to a drop in the number of public-school kindergartners starting in 2014, and colleges and universities will start to feel it in the 2020s.

The rising cost of college and a growing economy also contribute to lower enrollment numbers. According to the U.S. Department of Education, the price for a private four-year college is about $41,000 per year, or about double the cost of in the mid-1980s. The high price tag and low unemployment rates mean some high school graduates might see jumping into the workforce more appealing than going to college.

WHAT UNIVERSITIES ARE DOING

Of course, these are just a few of the myriad factors contributing to the decline. And just as varied as the causes, so too are the approaches to stopping the drop.

Universities competing for a shrinking pool of students are getting creative. Some have blinged out their campuses. Louisiana State University (LSU), in an attempt to attract students, built a lazy river, a leisure pool in the shape of the Letters LSU. The University of Akron built not only a lazy river but also a 56-foot rock climbing wall, a leisure pool and a spa. Still others are trying gourmet food putting greens, and gas fireplaces in dorms.

While some higher-ed institutions are spending more to attract more students, others are cutting back, often in anticipation of the slowing supply of students.

The University of Tulsa is reimagining its purpose and reorganizing its structure over the next two years. According to Higher Ed HR Magazine, the changes include a phase-out of 84 low-demand degree programs; the creation of a university studies program in which all incoming freshman will start their academic journey; the grouping of the business, health and law colleges into one “professional college”; and a shift away from academic departments to interdisciplinary divisions.

Anticipating an expected decline of 15 to 20% of college-age students by 2026, Marquette University laid off two dozen employees and kept 49 current and future vacancies open, reorganized the university police department, combined its Graduate School and Graduate School of Management and merged several campus centers including the Center for Engagement and Inclusion and the LGBTQ+ Resource Center.

Marquette President Michael Lovell wrote in a campus-wide letter: “The goal was to determine proactive solutions to remain financially strong, realizing we cannot continue to increase tuition at our recent pace because the burden is too great for our students and their families.”

In its attempt to stabilize enrollment and keep faculty employed, Hudson Valley Community College (HVCC) in New York has taken its program beyond U.S. borders by offering academic programs to students living in Central America and the Caribbean. But instead of bringing those students to its campus like many other schools that recruit international students, HVCC will offer courses and faculty in the countries where these students live.

And other community colleges are following suit to reverse the declining enrollment trend. Since a peak enrollment in 2010, the total community college enrollment has decreased each fall, declining by more than 1 million students nationally (14.4% ) between 2010 and 2017, according to the American Association of Community Colleges.

In Florida — which in the National Student Clearinghouse Research Center’s survey led the nation in declines with a drop of 52,328 students — Broward College has opened education centers in Brazil, Bolivia, Ecuador, China and a number of other countries.

American universities for years have banked on increasing foreign student enrollment to stave off the declines. The University of Akron created a marketing campaign featuring basketball superstar LeBron James, who is wildly popular in China, to reverse the decline. But it hasn’t stopped the downward trend, The New York Times reported.

Kenyon College promotes notable alumni such as Oscar-winning actress Allison Janney in a special section of its website, while the University of Tennessee smartly tagged Dolly Parton in its tweet about its new “Dolly’s America” class, which delves into Appalachian history through the eyes of the Appalachian native. Parton’s account retweeted the school’s post to her 4.5 million Twitter followers, saying “From the girl voted in High School ‘least likely to succeed’ this sure is a blessing.” With several thousand likes and more than 600 retweets, the tactic is used as an example of a successful higher education marketing campaign, because it raised awareness for the university.

Free-college and free-tuition programs have existed for decades in the United States but have become more common after the Great Recession, amid rising college tuition prices and mounting student debt.

Free-college programs, also called “college promise” programs, continue to grow in number — from fewer than 300 in fall 2016 to 420 today, according to an online database the University of Pennsylvania’s Alliance for Higher Education and Democracy created to track and study these programs. But the Journalist’s Resource website writes that early research on these individual programs provides mixed results. The research indicates that offering free tuition might not be enough to increase the number of Americans going to college.

According to a report from the National Association of College and University Business Officers (NACUBO), private colleges and universities are on the brink of using half the tuition and fee revenue they collect from first-time freshmen to fund institutional grants, scholarships and fellowships. The report states that 404 private, nonprofit institutions reported an estimated 49.9% institutional tuition discount rate for first-time, full-time students in 2017-18 — the highest in the history of the survey.

But the Brookings Institute in an October 2019 report issued a strong recommendation to higher education institutions to be cautious when crafting college subsidy policies and to not overestimate their impact prior to implementation.

“Our results indicate that a number of large-scale programs would have little effect on enrollment, while other policy specifications may result in unintended effects, such as a decrease in recipients’ attendance at the most selective schools,” the report reads.

The Washington Post reports that administrators at universities and colleges across the country are adding programs in hopes they bolster enrollment.

Western Nevada College spent about $130,000 planning and building a state-of-the-art computer lab to launch its cybersecurity program in fall 2018. Emerson College added a major in sports communication with a minor in esports, the field of competitive video gaming and Columbia College Chicago created a minor in hip-hop studies. Elizabethtown College launched a master’s degree in peace education and Central Michigan University added a certificate program in beer fermentation.

Some higher education officials are calling for a national conversation to help solve the problem of declining enrollment, saying the future of our youth, our society and our economy depends on it. The Center for Enrollment Research, Policy and Practice at the University of Southern California will host a conference titled “Restoring Public Trust in Admissions and Higher Education.” It aims to bring together college presidents, enrollment deans and higher education association leaders from across the country to discuss the complex issues behind the looming “great enrollment crash” such as the current funding, discounting and financial aid models.

The envisioned outcome by the group is a “new master plan for higher education that could include a series of mission-directed institutional steps alongside new proposals that Congress and the states could debate and enact that would lead to healthier institutions and a sea change in access and affordability.”

In an Inside Higher Ed article, three top administrators and scholars stress the gravity of the issue and finding solutions.

“Demographers and labor market experts agree that we need to increase the number of American citizens who have advanced education to run tomorrow’s economy,” they write. “We can only do this if colleges and universities have the resources and are empowered to recruit, enroll and graduate a larger percentage of low- and moderate-income students then we have in the past.”

WILL YOU BE TARGETED BY RECRUITERS?

If aiming for more low- and moderate-income students will be a goal, will these be the next group of students for recruiters to target?

When universities faced a similar enrollment crisis in the 1970s and ‘80s, they focused on recruiting women, because that’s where the opportunity to add numbers was, NPR’s Elissa Nadworny reported. But with female students making up more than half of all enrollment, that resource is tapped out. Nadworny suggests that if you look at where the shifting demographics in public schools are, Hispanics and first-generation college students likely will be the focus for recruiters. And instead of focusing just on high school graduates, recruiters might consider adults returning to college.

The 2019 Survey of College and University Admissions Directors by Inside Higher Ed asked admissions leaders in public and private colleges which groups would be their targets for increased recruitment efforts in the next year. Full-time undergraduates and minority students ranked as the top two groups by both public and private college administrators. But public administrators are going after older, nontraditional students, whereas private administrators planned to target transfer students and out-of-state students.

As the declining enrollment figures clearly show, many students decide that furthering their education isn’t for them. But is college worth it for you? How do you know?

PayScale publishes two annual reports on higher ed to arm you with information that will help you decide — the College ROI Report and the College Salary Report. PayScale also asked 12 thought leaders to weigh in on the value of a college degree.

TELL US WHAT YOU THINK

What do you think of the ways higher-ed institutions are trying to solve declining college enrollment numbers? We want to hear from you. Share your thoughts in the comments or join the conversation on Twitter.